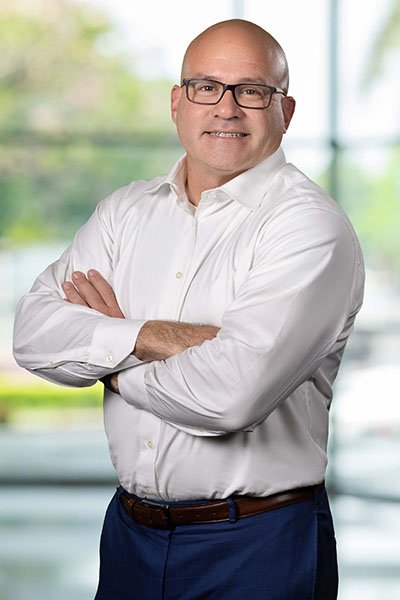 Sam Leone joined Conifer in 2007 and currently serves as Executive Vice President (EVP), Development on our Executive Leadership Team. This team is responsible for developing and leading Conifer’s strategic plan and associated initiatives and creating a collaborative culture that encourages leaders to rise at every level of the company. He also serves as executive liaison between Conifer and our valued partnership with Conifer-LeChase Construction (CLC).

As EVP of Development, Sam provides executive oversight of the development activities of the entire Conifer portfolio, this includes expansion into new markets and establishing innovative new soltions in the multifamily industry. His responsibilities include overseeing the development plan review functions, ensuring development quality and consistency on all projects aligned with Conifer Standards, and providing continued mentorship to the growing development team. During Sam’s tenure at Conifer, he has played a critical role in the development of more than 60 Conifer Communities. He was honored by his peers in 2008 with the Conifer Outstanding Achievement Award.

Prior to joining Conifer, Sam served as a Finance Officer for the New Jersey Economic Development Authority (NJEDA), where he was responsible for financing numerous community and business development projects in Southern New Jersey. Prior to that, Sam served as Director of Business Development for the Borough of Glassboro, where he was responsible for the Community and Economic Development activities of the Borough. He worked collaboratively with the Borough of Glassboro, Rowan University, planners and developers to help bring to life Rowan Boulevard, a $350 million “Town and Gown” makeover of the historic downtown.

Sam is an expert speaker on numerous topics in the fields of affordable and mixed-income housing, real estate development and construction. He has participated as a featured panelist or guest speaker at major national industry conferences, including Affordable Housing Finance (AHF) Live!, New York State Association for Affordable Housing (NYSAFAH), and the Maryland Housing Conference.

Sam has a B.A. in Economics from Rowan University, and is active in several regional organizations, including the Maryland Affordable Housing Coalition, the Pennsylvania Developer’s Council, and the Prince Georges County Comprehensive Housing Strategy Advisory Group. He served for over ten years as a board member and co-Vice Chair of the Gloucester County Chamber of Commerce, and has remained an active member of the Southern New Jersey Development Council. Sam was recognized by the Gloucester County Chamber of Commerce with the 2013 Dedicated Service Award.

[P] (866) 324-0500 -Toll Free
[E] contactus@coniferllc.com
This contact information listed is only monitored during regular business hours. Residents should contact their property management team for all after hours emergencies.